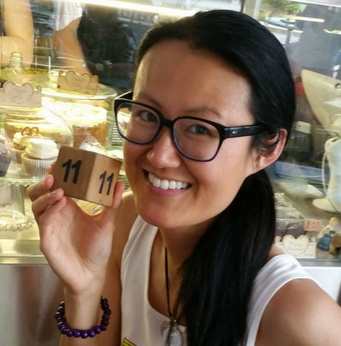 This article discusses the most famous objection to psychic work – the idea that if paranormal powers truly existed, someone would have won the $1 million prize offered by the James Randi Educational Foundation.

As a scientist and psychic reader, I feel compelled to add my two cents to this debate. Let me explain why this challenge is flawed, but important for human evolution. Firstly, no one is going to win that million dollars, because Randi will never admit defeat. The chief law of this Universe is that you get what you expect. He doesn’t believe in psychics, and most readers aren’t interested in changing his mind.

This is a man who survived being sealed in a casket for 104 minutes, breaking Houdini’s achievement and setting a Guinness world record. A man who was encased in a block of ice and lived. Whether you believe in his ideas or not, Randi is definitely part-superhero. For that I admire him.

Let’s look at his numerology. Randall James Hamilton Zwinge was born on 7/8/1928, giving him a (7+8+1+9+2+8) or 35/8 lifepath. He’s here to be a power player in the areas of communication, philosophy and religion. Many 35/8’s are late bloomers who attract conflict with others (Randi and Uri Geller have a long history). 35/8’s cannot be controlled. They are both creative and rebellious, never fitting into a box. This is compounded by Randi’s line of non-conformity (no 4, 5 or 6 in his DOB).

Right from the start, Randi had negative experiences with spirituality. No wonder he doesn’t trust psychics. According to his Wikipedia entry, he went to Sunday School a few times as a child, but decided to stop going when he was told not to question or doubt the teachings of the church. Randi also exposed a number of fraudulent readers and healers during his time as a magician. I can sense the frustration he would have felt watching people being conned. You can still see the tightness in his face in photos. His lower lip shows a sensitive person who holds on to grief.

Randi’s birth name adds to 115/7, i.e. a 7 Destiny Number, which means he’s suited to a career as a sceptic, expert or teacher in the personal growth field (or even a psychic!) My words are based on the system I’ve tested by reading for thousands of people over the past few years.

Randi’s name is powerful, and suggests many lives as a pioneer or advocate, plus a reluctance to marry. Randi announced he was gay four years ago, at age 82. It must have been heartwrenching to keep this private for so long. His mind must be strong to have kept his heart’s desires a secret.

What’s surprising (or not) is that James Randi’s name suggests he is extremely intuitive. Randi equals (9+1+5+4+9) or the words NEW AGE. His soul urge/ heart energy is 38/11, the vibration of the word PSYCHIC (7+1+7+3+8+9+3). If he was a teenager sitting in front of me now I’d say ‘James, you are so gifted that adults will constantly misjudge you – you should study healing or metaphysics so that you can receive support and be loved for your true self. Just remember that no one can give you belief in the Divine. You have to leap and then the net appears.’

Hmmm – a sceptical mind and spiritual heart. What a combination! I have similar numerology to James (7 known name, 11 soul urge and almost the same DOB grid). I started in Environmental Science, which is the study of the forces that make the planet tick. So I am a big fan of facts and figures.

It took me more than 2000 readings, many physical signs and a tsunami to convince myself that I was psychic. In the end, Spirit brought me to my knees, and I had to accept that there is a loving force protecting everyone alive.

In many cases, James ‘proves’ that paranormal powers don’t exist by showing that science can achieve the same results as a psychic. Of course this is true. God works through earthly laws and physics to create magic. That doesn’t make all psychics dodgy. Psychics simply fast forward reality by working directly with Spirit. James’ belief system means he may never attract the miracle his heart probably wishes for. Until his expectations change, the results won’t. Differences of opinion aside, it’s good that he’s around, because he forces people to think deeply, and teaches psychics like myself to detach from drama.

I wonder if he gets a stiff neck? This is the con-neck-tion point between our heads and hearts, after all. The majority of psychics have avoided his challenge because they know it’s impossible, even irresponsible to win. If one of them proved him wrong, the shock might knock him for six. This may sound like an excuse to some, but I wish to stress – this world doesn’t need more competition. It needs connection. You can teach love but you can’t force it. That’s why most ghosts don’t appear on demand.

After much soul searching over the years, I’ve realised that I don’t need James’s approval. I have faith in the afterlife, and music in my heart. That’s enough for now. My guides have shown me that James was a spiritual master in many lives, but died at least once believing that God had deserted him. This unfinished business has left him very sore. Once burned, twice shy. James was the first of Jesus’ apostles to be martyred…so even his name shows there is something deeper to his quest for the truth. James Randi, like all sceptics is a wounded believer. No one can heal his injuries without permission. That would be playing God.

Psychics are not here to be God. That job is already taken. They’re here to remind us that God (good orderly direction) is a force that’s available to help us 24/7. Psychics are messsengers of peace. Shooting them doesn’t stop the war, it makes the conflict worse. When I was at school, the boys used to catch flies and remove their wings. Even as a child I knew this was wrong. The boys picked on flies (and kids like me), because that’s the only way they knew how to feel good.

James Randi gets attention by de-winging psychics. I know that sounds harsh, but I see where he’s coming from. He’s the poster boy for generations of people who’ve survived on their wits, and been killed for their gifts. Intellectual attack is their only safety. Fortunately, the times are changing.

People are seeing 11:11 and repeating numbers on clocks. They’re learning (or relearning) numerology. Psychic children are coming through who remember their past lives (Carol Bowman writes on this phenomenon). Communities are questioning authority. Who knows, maybe in a couple of years James Randi will discover that, out of 6 billion people on the planet, one genuine psychic exists.

I’m not holding my breath. Let him walk his path and I’ll walk mine. Earth is a school and we’re here to learn by doing. There are no shortcuts to evolving. I’m off to do a reading now, for someone who believes in me!

Recommended Links
The Five Craziest Things Psychics Have Told Me
A Poem for My Critics – If You Can’t Beat Them, Enjoy Them

Whatever you choose to believe after reading this article, I encourage you to look inside, rather than outside for validation. As they say, religion is for those who are scared of hell. Spirituality is for those of us who’ve been there…

Here’s what I believe about Spirit, based on 33 years of learning:
-All humans are psychic and have a sixth sense.
-We are 99% Spirit and 1% Body. Our Spirit (aka Soul, or Higher Self) sends us to Earth for a specific purpose or lesson. We’ve had many lives before this one and often carry baggage.
-People who don’t believe in psychics, don’t fully believe in themselves. Your Self is Your Soul, after all.
-The way to Enlightenment is Connection – realising that everything you do, say and think impacts the world. When you really ‘get’ this, life becomes very profound. You give yourself love, instead of expecting it to come from others.
-Your Spirit Guides can only help you if you ask them.
-It’s a gift to be alive. At the highest level of consciousness, there is no right or wrong, only what gives us energy, and what takes it away.
-We’re here to gain power, not lose it to fear-based belief systems. The more power we receive, the more choice we have in this and future lifetimes to make a difference. As Buzz Lightyear would say, ‘To infinity and beyond!’

You can also check out my events, including palmistry and numerology
workshops. I also have many recorded classes and meditations.

PrevPreviousHow I Stay Psychic – My Healers And Teachers…It Takes A Community!
NextAlcoholism – A Metaphysical Guide To HealingNext