Dreamworld Accident – RIP Roozi Araghi, A Gift to Us All

Many of you will have heard of the terrible accident at Dreamworld, in which four people died on the Thunder River Rapids Ride. I have been debating for weeks on whether to blog on this tragedy. As a survivor of the 2004 tsunami, I know what it is like to be re-triggered by the media.

But, after being called ‘the Antichrist’ on my numerology facebook page today (yes, really) I realised that you cannot please everyone. I also remembered that a blog is not about being popular, it’s about using words wisely. Having the freedom to write is an immense privilege in this censored world. So here is a brief reflection on one of the people who died, Roozi Araghi.

October 2018 Update – A coronial inquest into these deaths has reopened, findings are yet to be announced.

When my partner Kris first alerted me to the Dreamworld accident, I recognised Roozi, as he graduated two years before me. We both attended Sydney’s top academic school, James Ruse, which is full of (mainly Asian) prodigies who go on to become doctors, lawyers, and occasionally, Rhodes Scholars and Booker Prize winners. I’m probably the only one who became a psychic, but then, there’s always one blacker sheep.

Back to Roozi. Although I did not know him well, I had seen him around and finding out he was dead was such a shock. When I researched him for this post, I was extremely moved by what he accomplished in only 38 years on the planet. Not only was Roozi an outspoken writer for Sydney University’s Honi Soit, he was a community legend and in an inspiring, long-term partnership with Luke Dorsett (who was also killed, along with his sister Kate).

Roozi and Luke were known in Canberra, as they’d taken the ACT Government to Court over an unfair stamp duty case, and won. They were well-liked public servants, with Roozi described as ‘the life of the party…an amazing, beautiful brother who was loved by all and one of the most egalitarian person I’ve ever met in my life’by his sibling, Simon. It appears that Roozi didn’t hold back when it came to giving his opinion, which I found comforting. He didn’t ‘keep his music inside’, literally, he was a proud Madonna fan.

Although this view may be controversial, as someone who works with Spirit, I believe that some Souls choose to leave the planet in a way that heals others*. There are no coincidences at the highest scale of reality. I don’t say this lightly, it comes after training in past life regression and doing thousands of lifepath sessions in Brisbane. And this certainly doesn’t absolve the Dreamworld operators of responsibility. We still have free will to look after each other.

As a result of the Dreamworld accident, there was a major review of theme parks around the world. The Thunder River Rapids ride will now be decommissioned. Who knows how many lives will be saved as a result of the spotlight placed on this issue? So rest in peace, Roozi, Luke, Kate and Cindy. Thank you for reminding us that life is fragile and to be embraced in every moment. As humans on Earth, we’re on this emotional rollercoaster together. The most we can ask for is to live, and to die in total presence.

If you’re reading this, please donate to the Dreamworld Tragedy – Memorial Fund, to help Kate’s partner and two daughters (12 years and 8 months). Update 7/12/2016 – this fund has now been closed, thanks for all your support.

The River Rapids ride was my favourite one at Dreamworld. It was the last theme park ride I went on last year, before giving birth. So this story cuts close to home. As a mother to 9 month old Forrest, I can not even begin to imagine what it’s like for her surviving family. That could have been me and Kris. I will be making a contribution in the coming weeks as part of publishing this article.

Related posts
Kim Dorsett tells of the joy, courage – and despair – of her family’s final moments (it sounds like there were many Divine signs and premonitions of the accident – Ebony seems a very Old Soul)
9 Years and Counting – My Post-Tsunami Psychic Journey
10 Years On – An Eye-witness Account of the 2004 Phuket Tsunami (please note this contains content that may affect sensitive readers)
If you were moved by this article, please:
-Share it with friends. Please maintain integrity by sending them a link, not copying and pasting.
-Join my facebook pages The Numbers Queen and Lifepath 11. You’re welcome to post general questions on the timelines, however I don’t offer free advice, only paid readings.
-Subscribe to my free monthly news/ articles (see homepage).
-Write me feedback below! Comments will be published once they have been approved.I have removed the usual text about bookings from this post out of respect to the people mentioned.With best wishes,
Sarah Yip
(a 29/11 lifepath & Master Numbers Teacher)
Professional Psychic Reader
Brisbane Australia
Specialising in Palmistry, Numerology & Clairvoyance
I’m an 11:11 Clocks and Repeating Numbers Researcher
SMS 0408 898 028

All articles on this blog are copyrighted. Content may not be reproduced without written permission from the author. Comments made below will be reviewed before they appear online.    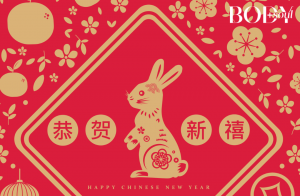 Your 2023 Year of the Water Rabbit Forecast (Body + Soul)

Here’s your Chinese Astrology forecast for the Year of the Water Rabbit in 2023! This is my first article for Body + Soul. If you 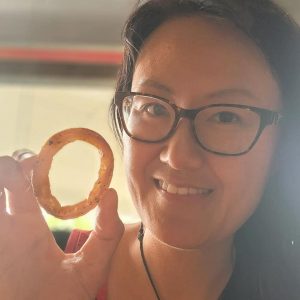 Seeing repeated Angel numbers? Here are 10 potential meanings of seeing 0’s and 000 in numerology! I look forwards to your feedback on Facebook and