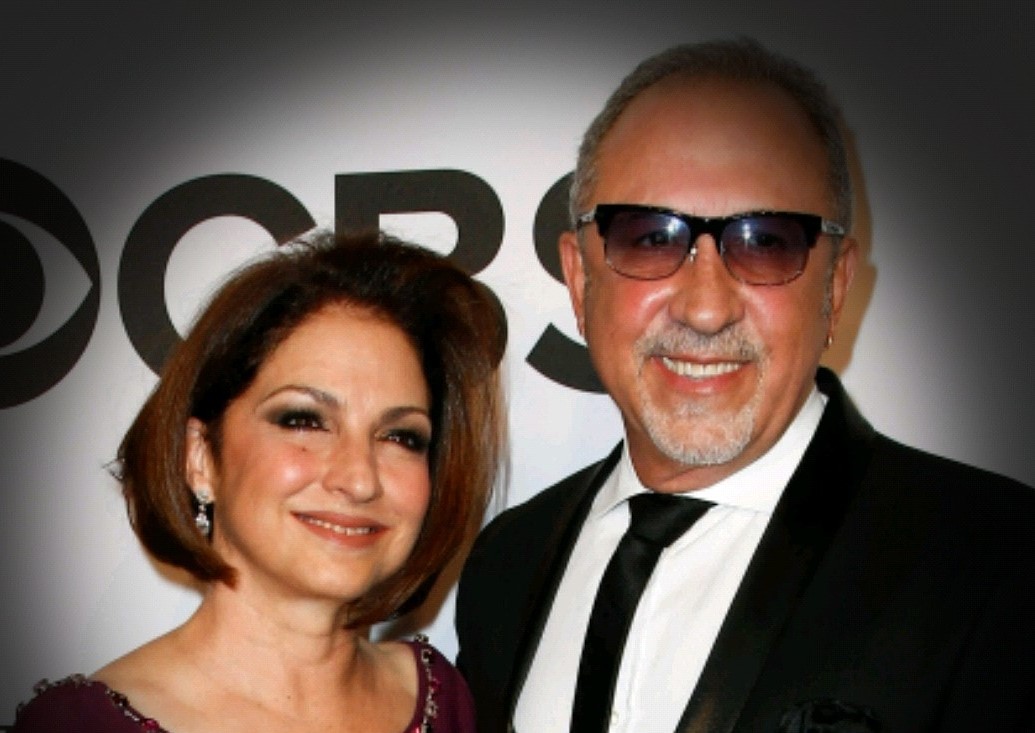 Numerology for Gloria Estefan and Emilio Estefan. After struggling with near-mastitis and sleep deprivation with our newborn Ziggy, Gloria appeared in my daily Detox Relationships meditation, prompting me to research her.

She said I needed to start climbing over the walls in my life instead of ‘climbing the walls’ with frustration. That her life had been hard but leaders focused on their impact rather than struggles. She said music had saved her life and that my agony was temporary but prioritising the baby’s health was permanent.

After that, I watched YouTube interviews with Gloria where she talked about her difficult childhood (her dad had MS), bus crash and miracle daughter. I realised that the accident which broke her back happened at 32, her life path turning point in numerology!! So it may have been Divine intervention.

As a 32/5 life path Rebel, Gloria is healing the 5th (throat) chakra in herself and others – voice, intuition, honesty and willpower/ commitment/ fidelity. 2021 is a 5 Universal Year and a big one for 5 life paths. Find your life path

It’s amazing that Gloria beat the odds to perform again and have another child, after drs said she wouldn’t. In her video, she said the energy from her fans helped her get back up, which is so inspiring.

Emilio is a 25/7 life path Spiritual Teacher, here to restore his 7th (crown) chakra and show that miracles are possible. At 25, his turning point, he married Gloria (so romantic) So they were fated to meet.

Their son Nayib is a 29/11/2 Spiritual Messenger (same as me), who married Lara Coppola at 29 (sync!) Their daughter Emily is a 31/4 Heart Healer, here to teach and learn compassion.

Hope you enjoy this post. Listen to her song ‘Reach’:

If I could reach, higher
Just for one moment touch the sky
From that one moment in my life
I’m gonna be stronger
Know that I’ve tried

Yay. Nayib Estefan liked my numerology for his mum Gloria Estefan! He’s a 29/11 Spiritual Messenger like me, here to elevate creativity and heal the sacral chakra (Divine feminine).

I had the roughest week ever with our newborn Ziggy, so his msg really brightened up my day!

His msg coincided with me getting acupuncture, homeopathy, lactation tips and kinesiology for chronic breastfeeding issues, which have made a lot of difference.

I think I was resisting getting help because I wanted to fix myself and save money / not bother others, but that didn’t work.

I’m pretty stubborn and slow to learn even after years of spiritual work. Changing my sceptical, ex-scientist mind is like trying to move a walrus with a toothpick.

They say ‘raise your vibration and you will be tested’. I can definitely vouch for that being true. Ziggy is an advanced Soul and he’s already taught me to let go of so much ego attachment.

I once had someone argue with me that you can ‘raise your vibration’ without being tested but I think they were delusional. Our 3D selves will always resist change and to pretend otherwise is white (light) washing.

It’s about parenting that human side kindly, rather than pretending you can steam roll over your survival instincts and fear.