September 2016 Solar Eclipse Forecast – Where Do You Still Have Black Spots?

Hello thrill-seekers, here’s the month you’ve been waiting for – September 2016. Not only is it Eclipse Season and Mercury Retrograde, it’s also a Universal 9 Month and Universal 9 Year of Conclusions and Healing. What a cosmic storm.

As a psychic reader in Brisbane, I know about floods, fires and heat. What’s great about wild weather is that it brings people closer, and helps you appreciate the simple things in life. What’s not easy, is the amount of
drama on the home front.

1) On 1 September 2016, we have a ‘Ring of Fire’ Annular Solar Eclipse at 9 Degrees Virgo. This was preceded by an almost Lunar Eclipse in Aquarius on 18 August, and will be followed by a Lunar Eclipse in Pisces on 16 September. Eclipses bring sudden news and insights. Just like the event, they reveal our ‘dark sides’, so we have the chance to fix any power leaks, and prevent future blackouts.

For example, if you’re having struggles with a workplace bully, you might have an argument you’ve been trying to avoid. After some sleepless nights, you finally report them to management.

Or perhaps you’ve been binge-eating and over-spending, because you’re unhappy in a relationship. Then your best friend asks if you need help to find a counsellor. For the first time, you say yes, because you realise this has been a pattern your whole life.

My suggestion: Extreme self-care goes a long way. A dollar well spent, returns 10-fold. As this is a New Moon week, it’s the ideal time to create wishlists and vision boards. If you’re feeling tired, prioritise rest asap. You don’t want to enter this ‘spiritual exam period’ fuzzy-headed. Someone who’s full of beans attracts more luck than someone out of stock.

2) Focus on finishing what you began from March 2016 onwards (the last round of Eclipses). Completing worthy goals brings us energy, while abandoning them drains our confidence. By worthy goals, I mean activities that fulfil your lifepath and heart, rather than what other people suggest. Take this opportunity to detox, destress, and see the humour in humans.2) We’re in a Mercury Retrograde from 30 August 2016 to 22 September 2016. This is a time when logic fails but intuition succeeds. Expect Divine coincidences (like 11:11 and triple number sightings), technology bloopers, traffic weirdness and erratic behaviour from others.

My suggestion:  Drive s-l-o-w-l-y. Be wary of hasty decisions,
especially regarding your physical health and finances (this Mercury Retrograde is in Virgo). It’s best not to make major changes when we are upset/ fatigued/ hungry. Don’t fall for scams. There are no shortcuts to success, otherwise we’d all be supermodels with luxury yachts and parents who never nagged.

3) For the first time since September 2007, the world is in a 9 Year, 9 Month cycle in numerology. 9 energy is about rewriting history, reaping karmic rewards and public works. It’s a time of spiritual death and rebirth. Expect drama in the news, e.g. regarding the U.S. Presidential Election. Hillary Clinton is in a 9 Personal Year, which means that in September 2016 she could have a big win or upset, depending on the karma she’s accumulated. Donald Trump is in an 11/2 Personal Year, excellent for publicity but also a time of inner conflict.

My suggestion: Reflect on what you accomplished in late 2007, because you’re building on those experiences now. Look up your personal year forecast. Remember that, behind every fear is a great idea. Spirit never gives us a dreams we can’t deliver.

You’re one in six billion and everything you master in this body, will stay with you forever. Take as long as you need, you’re always on Divine time. And forgive, because even your worst critic is simply asking for love. When you see the big picture, there’s no need to make others feel small. As they say, the people you step on going up, will be the ones greeting you on the way down.

In Conclusion
The Eclipse month of September 2016 is a time to ask yourself some burning questions. Where do you still have black spots? How can you turn these weaknesses into strengths? Who or what still lights you up?

This triple-decker-sandwich of Eclipses, Mercury Retrograde and 9-9 energy will keep us full for months to come. Which is precisely how I like it. As Helen Keller said, ‘Life is a daring adventure, or nothing at all’. Bon Appetit! 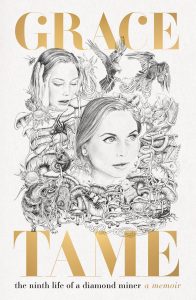 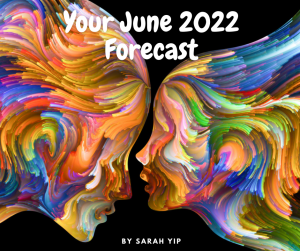 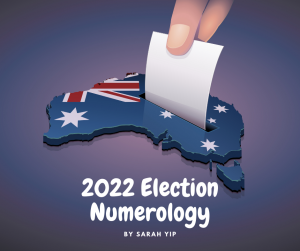