Not Ready for This Jelly? The ABC Interview on Numerology You Didn’t Hear! 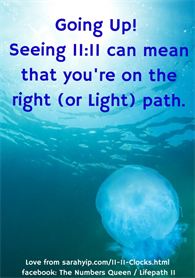 “A woman is like a tea bag – you never know how strong she is until you put her in hot water.” E. Roosevelt, U.S. Activist

“If at first you don’t succeed, you can always write a blog about it…” Sarah Yip, Brisbane Psychic Reader

A couple of days ago, my live interview with 612 ABC Brisbane was cancelled at short notice. I was due to speak on numerology and the meaning of numbers in Chinese culture on Afternoons with Kelly Higgins-Devine.

Obviously, I was disappointed, but if there’s one thing I’ve learned from the 11:11 phenomenon, it’s that everything happens in perfect order. Seeing 11:11 can mean that you’re on the right (or Light) path.

The experience got me thinking about how topics such as numerology and palmistry trigger people as much as religion, fluoridation, mandatory vaccinations and politics.

In the Destiny’s Child song Bootylicious, there’s a line that goes “I don’t think you’re ready for this jelly.” It refers to someone who can’t or won’t handle your amazing body. Read more of my subtle butt jokes in this article about April’s Blood Moon Eclipse.

This was the line running through my head as I reflected on the following points:

1) When I asked why my segment had been pulled, one of the reasons given was that ‘numerology isn’t scientific enough’. Hm.

I have an Honours Science Degree (UNSW) and have worked for government in Canberra and the United Nations in Bangkok. I may not have a PhD, but I do have experience in analysing and communicating trends.

Although it’s true that very few rigorous studies have been done into numerology, this doesn’t mean that it’s rubbish. Science is all about keeping an open mind, and testing new ideas. After surviving the 2004 Tsunami, I realised that I had more to offer the world than just logic. Despite having so many thinkers and critics in this world, it’s the dreamers who people relate to.

It bugs me that we promote myths like Santa Claus but avoid talking about chakra healing or life paths in public (find your lifepath here). Teaching children that they have to be ‘perfect’ to succeed blocks their creativity. It’s an impossible task, that can result in weight issues, alcoholism, and self-criticism. For me, it contributed to anorexia. No wonder people give up and buy Lotto instead of reclaiming their power and money.

I have read for about 2, 500 people (mainly in Brisbane and Sydney) since 2011. My clients are predominantly educated, white-collar workers, aged 30-55. Many work in management or own their own businesses. See list of my VIP readings and feedback. Like me, they believe there is a higher order to life, which science may never be able to fully explain. That’s why they come for readings, to ask these bigger questions in a safe environment.

2) I was hoping to still speak on the show about numbers in Chinese culture. Unfortunately, this wasn’t possible. As someone who’s worked with 97.3FM I know that radio is an ever-changing environment. It was obvious that the person calling me was genuinely sorry. I would have loved to talk about how 4 is extremely unpopular but 6 and 8 are lucky (666 is good fortune in Chinese – read more). Will have to save that for a future post.

3) Interestingly, my family has a long association with the ABC. My father worked at Gore Hill for decades. My debut radio interview was for ABC in 1996, when I was asked about Pauline Hanson during a Rural Youth conference.  I also protested the ABC’s funding cuts this year in Sydney with my buddy Adeline Teoh.

Although I was sad about not speaking on air, having looked at 612 ABC’s facebook page and programming, I believe the right decision was made.

It feels like both the presenter and I dodged a bullet. After all, AM radio is more conservative than commercial radio. Although 612 ABC have previously discussed UFO’s and people living on Mars, I know that my talk about lifepaths and repeating numbers such as 11:11 on clocks would have triggered negativity online.

Funnily enough, when I tuned in to the program, the first thing Kelly said was “Arithmophobia is the fear of numbers.” I took this as a sign that everything was in Divine Order. A little voice in my head even added ‘I wonder what the word is for the fear of numerologists?!’

Jokes aside, I’ve been seeing 11:11 constantly, hence my photo of a jellyfish for this article – I know I’m in the flow of life and all is well.

I’m extremely grateful that 612 ABC approached me, because they inspired me to research numerology in greater detail. Right now, I’ve got my head buried in articles about Probability Theory to understand how the ‘other side’ think. I’m sure this experience will help me to become a better psychic reader – that must be my Composite Whorl fingerprints speaking!

If you have any questions, please write to me on facebook as The Numbers Queen. Please comment on the timeline to ensure I see your message. 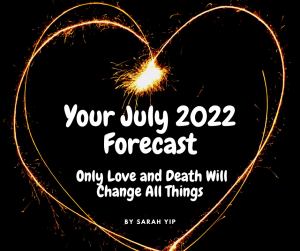 Your July 2022 Numerology Forecast and Video 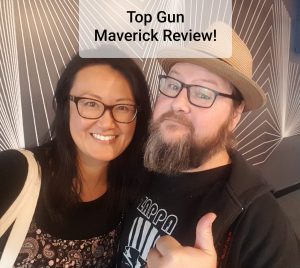 Movie review for Top Gun: Maverick! Kris Anderson and I enjoyed this sequel, which has come out 36 years after the original. Enjoyed this post? 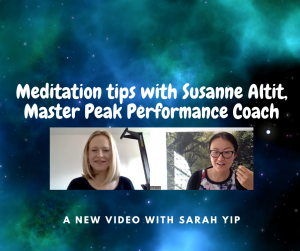 Meditation tips with Susanne Altit (previously Susanne King) from Insentra. We talk about her 24/6 life path – The Visionary – and how meditation keeps