Thank you to everyone who came to see me at Mind Body Spirit Festival Brisbane (MBS) this year! I always find this event super fun because of all the synchronicity that occurs. For example:

*I shared a psychic readings stall with my friend Amanda Morrison (see photo), who is one of the best mediums I know. Not only did our decorations match, mine included a picture of her favourite place, the beach at Byron Bay. I ‘randomly’ brought it from home for inspiration (as I always go to the beach after a long week of readings!) She looked at it and said ‘that’s where I want my ashes scattered! I love that place too!’ We were destined to work together…
*Many of my amazing friends came to help at my psychic readings stall (that’s Tamara, me and Sally in the photo below). At one stage, Tamara said ‘remember that palmistry class (in 2010) when xx said xx? Minutes later, the person she mentioned came to visit!

*I was so humbled that 95 people came to my 2015 Numerology Forecast & 11:11talk (thanks if you were one of them!) What an honour to be in a room full of conscious souls. I had a great time, even though I was nervous about my first MBS talk.

Things got better when I started explaining the lifepaths (find your lifepath here or your personal year). Quite a few people laughed or groaned as I described their soul contracts out loud. There was a woman in the front row who looked like she was convulsing when I described the Master Number 33 lifepath. I stopped and said ‘are you alright?!’ and she said she was reacting because it was so accurate. Phew.

I encouraged everyone to chat to each other, as 11:11 is all about equality and sharing (see how the ones stand beside each other creating solidarity?) This really paid off for Marina, see below:

During my talk, I picked Marina for a one minute stage reading. Marina is a 34/7 and as soon as I saw her I said she should do Reiki (which is a 34/7 vibration in numerology).

Later that night, Marina messaged to say she had been Googling Reiki for the past two days and was thinking about getting it done as well as studying it. After my talk, a Reiki teacher in the audience approached Marina with her card. As Marina drove home, she followed a car with the licence plate 07 EMM, which she recognised as the spelling of the first letter of her name.

Marina has been seeing 11:11 for months (which is a sign of spiritual evolution and readiness for change). That’s how she came across my details and talk. Guess what? When Marina looked up the Reiki teacher’s website, she discovered that she lives 10 minutes down the road and her surname is Emmanuel (that’s right – the first few letters on the car licence plate).

Marina was so excited about this experience, and has given me permission to share her story online. She said ‘I think most people think signs from Spirit/ The Universe/ God are like lightning bolts impelling you to do something. I’m beginning to realise they are far more subtle and, for me, more like signposts telling me I’m on the right track’. That’s right Marina – thanks for your beautiful feedback! Read more on licence plate miracles.

The voice of Spirit is soft, while the voice of mind/ ego is loud. Without meditation and time out, we often lose our ‘inner voice’. As a child I spent hours, even days, in silence. Although this was isolating, it also helped me to form a strong core of self-understanding. This is what I draw on when I am teaching people about ‘getting to know their Higher Selves’.

Here are more cool things happened at stall A12 (I chose it so I could look at A11 and remind myself of my life purpose, heehee):
*I met a few people with 11:11 tattoos (like Jayde in the photo), which I loved. I have never wanted a tattoo but if I did get one, I’d get ‘four ones’ !
*The only two students in my numerology workshop found out they were both 8 lifepaths, with 3 lifepath husbands. They were also from the UK and had similar careers…!
*A number of students in my ‘money numbers’ class were 29/11’s (read more about 11 lifepaths). One was 29 years old and very excited about discovering her spiritual path! After all, your lifepath number is a major turning point. I studied channelling at age 29.
*Several people got goosebumps when we talked about 11:11and number sequences. The shivers were not due to a temperature change, they were a sign of spiritual recognition and Angelic energy. Many clients experience goosebumps during readings!
*At 11.11am, my gorgeous naturopath friend Tess Godfrey (on the far right in the photo) was hugged by a stranger who said she knew her from somewhere  – they were mother/ child in a previous life. I get tingles even as I write this sentence! 11:11 often symbolises past life healing(that’s why I’ve been studying Past Life Regression with such gusto).
*My Nutrition teacher from AIAS (and a fellow 11 lifepath) Leonie Mcdonald (in the middle of the photo above) came by. Leonie changed my destiny in 2009-2010. I was often late to class and she asked why. I explained that my fundraising role was very demanding so she said ‘then quit your job!’ in front of the whole class. Tess was there at the time.

To be honest, I thought Leonie was crazy…until I resigned from my job in 2011 to chase my dream of psychic readings. Charity work is in my blood but connecting people to Spirit is even more thrilling. It’s amazing how one comment can wake you up. Words are important folks!

When you encourage yourself, the winds of change push you forwards. When you criticise yourself, it’s like walking into a wind tunnel – you just go backwards. Read more tips on overcoming self-criticism.

*My background is environmental science and agriculture, so I love plants. I brought my Buddha Belly fig (bonsai) with me to the Festival, to remind myself to breathe and grow. This was a gift to me from my soulmate Kris, so I was devastated when it went missing during packdown. I immediately asked Spirit to assist (as well as a nearby worker…after all God helps those who help themselves!)
The eagle-eyed worker spotted ‘figster’ in another stall. Maybe the lady thought he’d been abandoned…the old me would have said ‘Oy! Why’d you take my bonsai?’Fortunately after 3 days of hugs and years of chilling out, I am simply said ‘Oh great! You found my bonsai!’
One of the perks about being a psychic reader (apart from foresight) is that I rarely lose things, due to my trust in a Higher Order.
I hope you enjoyed this writeup. If you have any feedback or questions, please write to me on facebook as The Numbers Queen. Please comment on the timeline to ensure I see your message.

PrevPreviousPast Life Regression – My Flashbacks in Toni Reilly’s Course
Next12 Courses That Changed My Life! A Deeper Look at Personal Years in NumerologyNext 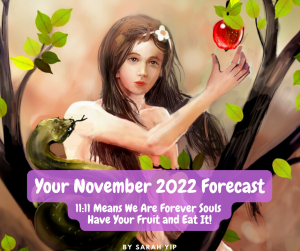 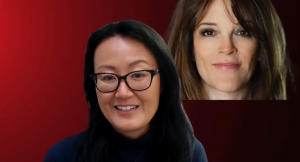